Get me outta here!

A Hydro-Sapien is an advanced species that thrives in water and on land.  I think I have evolved into one of these during the last few years.  I definitely thrive in water.  The most exciting thing about this is discovering all the things that have evolved under water that the land dwelling Homo-Sapiens are unaware of.  Some of these critters are so indistinct, that my photographs of them are meaningless to the common land-dweller.  I will attempt to educate the waterless by taking you on an underwater photo-safari of some of the more obscure creatures. 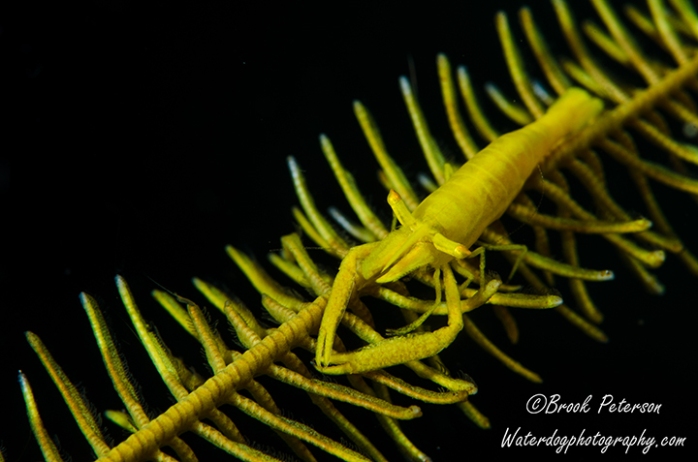 The shrimp family is truly vast.  And weird.  They are colorful and full of character.  The Crinoid shrimp (above) is hosted on another animal called a Crinoid.  Crinoids come in many colors, and the shrimp that inhabit their tentacles match their color.  They are very small, growing up to 1.5 cm. 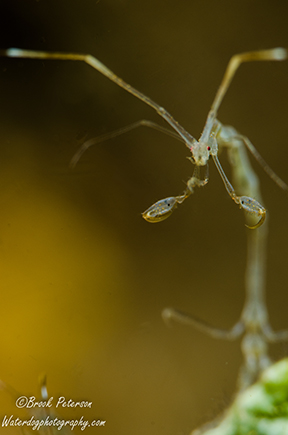 The Skeleton shrimp is one of my favorite.  It is actually an amphipod, whose slender body makes it look like a filament of seaweed.  The female will carry her babies all over her body which makes them look like a creepy mass of claws and legs.  (below) 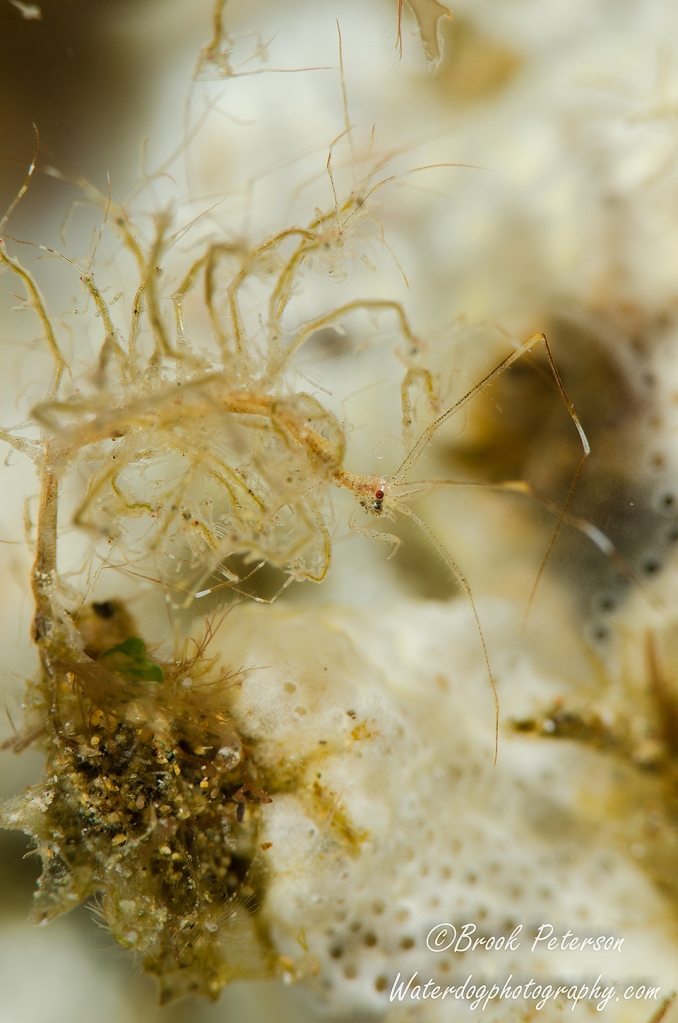 The skeleton shrimp below appears to be riding on a nudibranch.  She reminds me of a queen riding on a float, waving at her underlings.  They are very entertaining to watch.  They move somewhat like an inchworm and spark the imagination with their unique character. 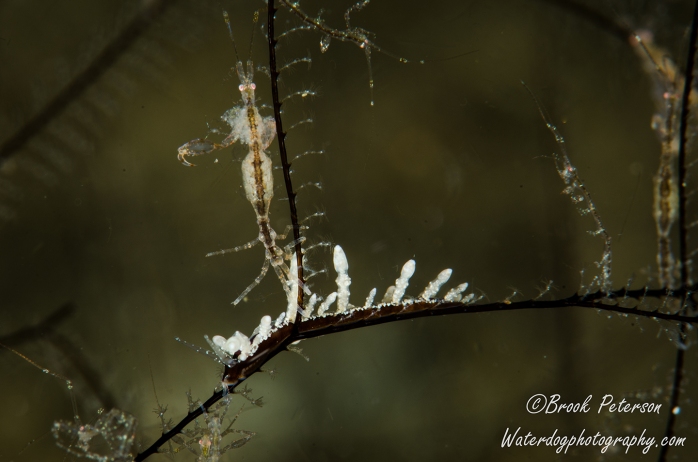 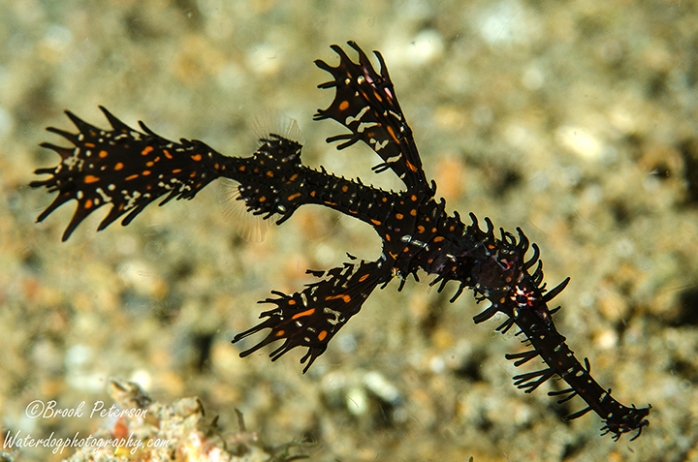 Just to satisfy your curiosity, a few other ghost pipefish are the Robust and Halemida (below) 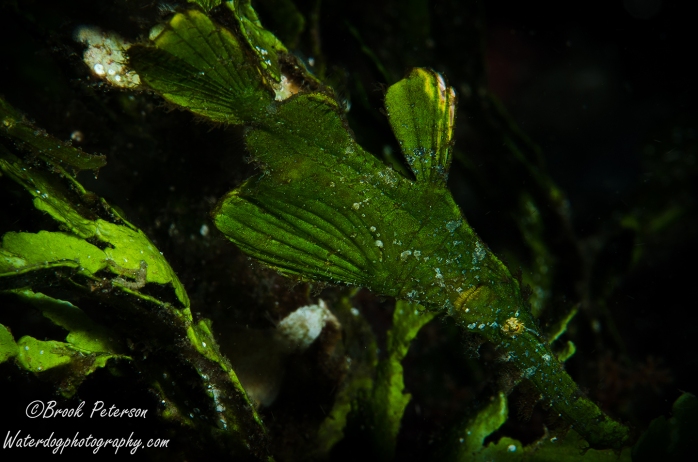 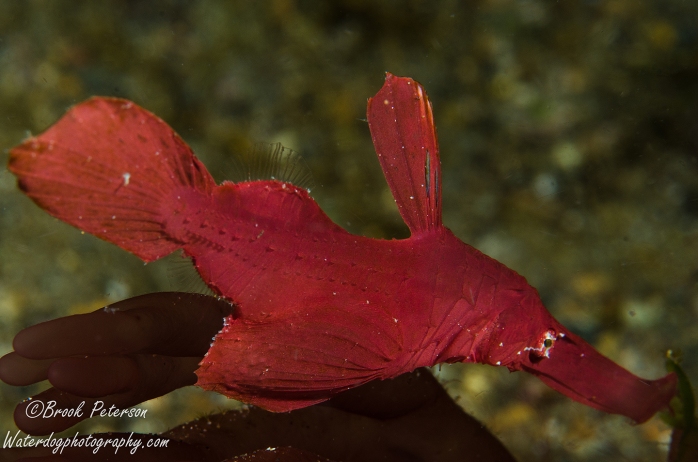 The Paddle-Flap Scorpionfish (below) is a rare and odd shaped fish.  It has a false “eye” (the white spot below it’s real eye), to trick it’s prey into thinking it isn’t watching when it really is. 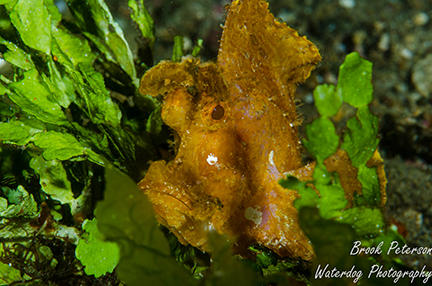 Here’s a tiny little,  uh,  thing:   They do have a scientific name; Idiomysis.  They are called sea owls by the locals.  They hover above anemones and are about the size of an ant. 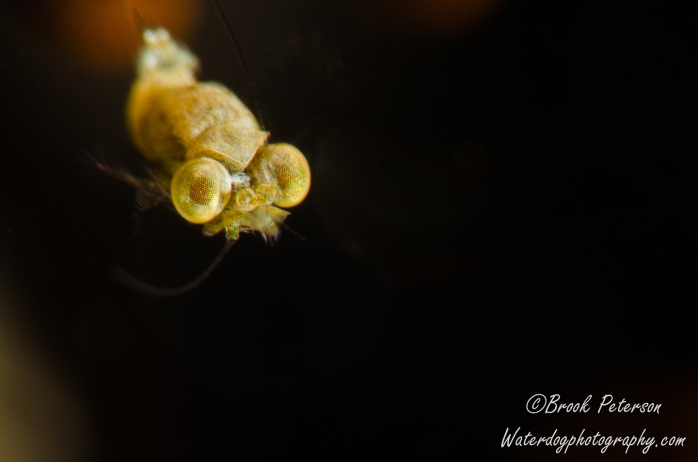 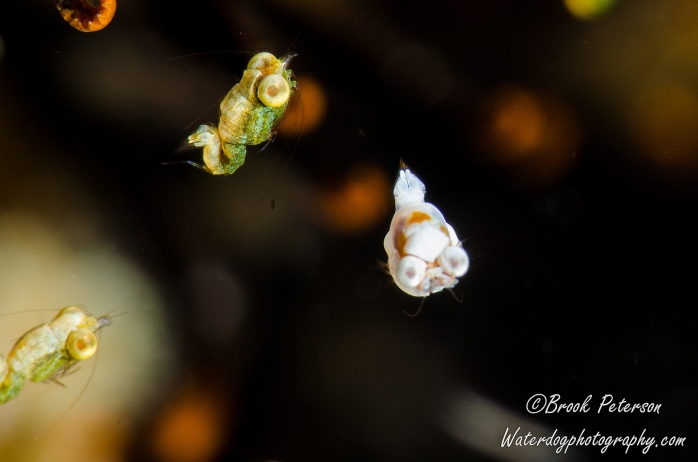 The Homosapien in me is pretty creeped out by spiders.  But, it turns out, spiders inhabit the sea too.  This one was one of many that inhabited some seaweed.  After the “photo shoot” I had the heebie jeebies for hours. 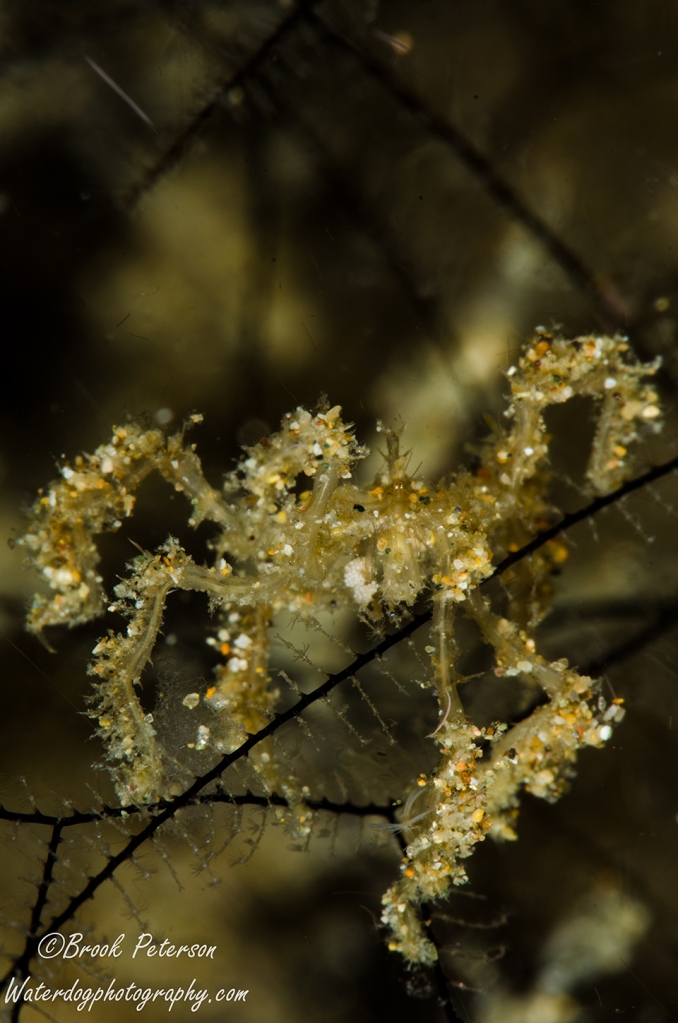 The electric file clam (below) is hard to describe.  It would look better in video.  The iridescent blue that lines it’s mantle actually looks like light or electricity moving across it. 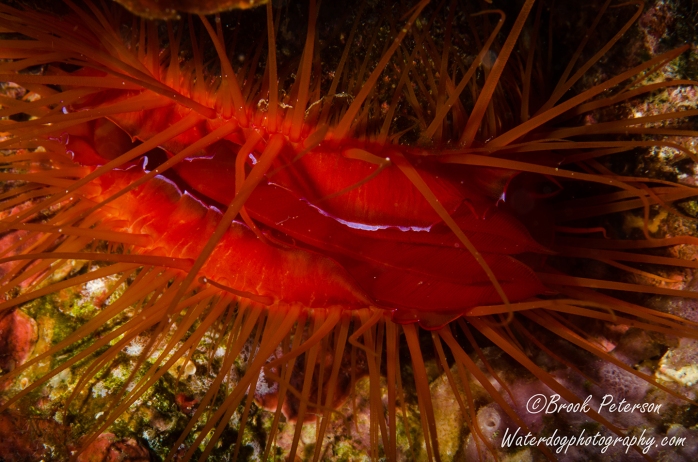 These are only a few examples of the unique aquatic beasties under the sea.  With thousands more to see, it’s no wonder I’ve developed gills.  Don’t you wish you were a Hydrosapien too?

A few spotted rays cruising over a sandy bay. This was one of my favorite sites in the Maldives.